CALL US
GET MY FREE CONSULTATION

In a matter of minutes, Sheen went from the eccentric actor with questionable behavior (recall substance abuse issues, promiscuity and tiger blood), to a suffering man with a disease. Support came pouring in for Sheen and so too did awareness for the human immunodeficiency virus and AIDs.

In February, the Journal of the American Medical Association (JAMA) published its findings on news trends and internet searches of HIV-related topics in the time after Sheen disclosed this information.

In what JAMA refers to as the "Charlie Sheen Effect," Sheen's public announcement led to the highest number of HIV-related Google searches ever in the United States. In fact, the day of his disclosure led to a 265% increase in news reports mentioning HIV and 417% higher than expected searches regarding HIV, including Sheen's news story, as well as searches relating to public health and HIV (condoms, symptoms, testing and treatment).

There is no doubt Charlie Sheen significantly raised HIV awareness. However, along with his announcement came inaccurate and worrisome information from Sheen himself. In the weeks and months to follow, Sheen underwent alternative treatment for HIV from a specialist in Mexico, which led him off his antiviral medication and onto arthritic goat milk - a treatment with no scientifically-proven benefit.

While Sheen has since openly acknowledged the missteps of this treatment, it proves that your patients are susceptible to bad and potentially life-threatening information in the media. As a healthcare provider, when a public figure such as Sheen misleads the public, you hold the power to shift your patients' perspective.

Acting reactively to these discrepancies via your medical website, social media or through an email blast can help quell the spread of misinformation.

It's not just Charlie Sheen that can have a profound effect on the public. Consider when Angelina Jolie underwent a double mastectomy because she discovered she carried the BRCA1 gene. The number of screenings for the BRCA1 gene skyrocketed, and women undergoing similar procedures also steadily increased.

Another perfect example is when Jenny McCarthy blamed vaccinations for her son's autism diagnosis. More parents chose not to vaccinate their children, creating a fierce debate that is still affecting parental decision-making.

Michael J. Fox, Dr. Oz and Magic Johnson are just a few of the other personalities that use their celebrity status as a platform to share information with fans and the general public, significantly impacting the dissemination of health information.

While it is most important to first address incorrect health information in the media, it is also an ideal time to produce and distribute accurate information on the health topic overall.

With search queries at a high, relevant, SEO-rich content will bring you to the top of search engine results of a hot topic item. This in turn, can drive more patients into your office.

Be sure to discuss symptoms, diagnostic testing and treatment options, as these will be the items your patients are looking for on popular search sites such as Google, Yahoo and Bing.

The next time you see something in the news that you think could have an impact on your patient population remember to:

By paying attention to the media, you can get ahead of information before it creates a problem for you and your practice. And with a little finesse, you can use the increased awareness to establish your practice at the forefront of modern medicine.

Back to Blog Home

Promote your practice with our expert medical marketing tips, insights and tutorials.

How to Generate a Google Reviews Link for Your Medical Practice

How to Attract Patients to your Practice

5 Important Reasons to Secure Your Medical Website with SSL

Maximize the Hidden Talents of Your Employees:
How to Leverage Your Staff's Abilities to Market Your Medical Practice

5 Tips to Refresh Your Medical Website
SHOW ME MORE

MOST RECOMMENDED and top rated 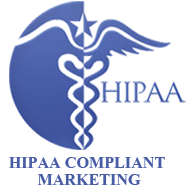 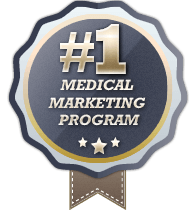 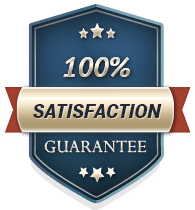 Copyright © 2001 - 2020 WebToMed™, L.L.C.
All Rights Reserved.
All trademarks used are the properties of their respective owners.

All trademarks used are the properties of their respective owners.